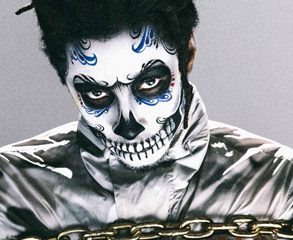 (September 18 – New York, NY) – Projecting a vision unlike anything else in the game, bold, brash, and buzzing artist and producer Note Marcato uncovers his debut single for “Rafiki”today.

Get it HERE via Epic Records.

To accompany the trailer, he just unleashed the music video for “Rafiki”. With the echoes of a skittering beat, Note Marcato vaults from bouncy verses into a fluttering, yet fiery refrain on the self-produced track. Meanwhile, the avant-garde music video opens with an introduction to “Who Note Marcato is.” It all forgoes asking listeners to raise their hands and instead demands they lift the mask covering societal insecurities.

Watch it HERE via Vevo/YouTube.

He paved the way for the project with the buzzing single “Blackheart 39.” Now, “Rafiki” his second single brings us closer of his forthcoming album BeachBum Limbo. Executive produced by BL$$D, the project features production by G Koop (Rihanna, Migos) and Soundz (Justin Bieber, Chris Brown), with guest vocals from Anatti, Nelson Mandela’s grandson, among others. Ten of the tracks were produced by Note Marcato himself.  You can hear the angst and love within the lyrics as much as the meticulousness the young artist put into each track’s mix. So that the listeners can experience the same energy the 6’4” comet channeled to birth his EP, each song plays chronologically to when it was recorded.

His face and sound will be long remembered.

Whether introduced to Note Marcato in-person or through his music, there are two characteristics that will remain impressed upon you: the wattage and amorphousness of his star power. The 19-year-old producer and songwriter takes zero form. There isn’t a box that fits him, nor a space he can’t imbue. The only borders associated with the New York University Clive Davis Institute pupil is his professional moniker. Note Marcato is an Italian representation of the 3-4 music note, which is intended to be played the loudest. Marcato’s sound doesn’t prioritize volume as much as it does an exponentially higher standard. The evidence lives on his Epic Records debut EP, BeachBum Limbo, a project not for the times, but of and for many eras, some of which haven’t arrived yet. Note Marcato is a gift from Later.

That Note Marcato’s debut was inspired by blue skies and warm tides makes perfect sense. BeachBum Limbois an oceanic body of sonic that offers waves of colorful vibes and emotions. It possesses an urgency that belies the age of its author. “I make music as if I’m trying to save the world,” says Note Marcato. His creative intention explains why his singular sound belongs to no particular region yet manages to represent the globe. His modus operandi: Break the rules and create tomorrow.

“Normally your Marcato is the climax of a song or parts of it,” he says. “So I wanted to try and make an entire album where every song is Marcato.”

FOR UP TO DATE INFO REGARDING NOTE MARCATO, PLEASE VISIT: 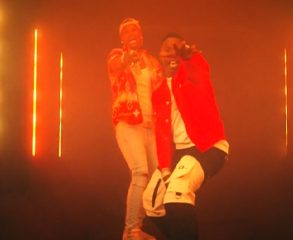 NEW VIDEO OUT FOR “SUPER HOT” OUT NOW

The Tennessee natives have major history – they both got their start in the same hip-hop group, Memphis Greatest Unrated (MGU) before their careers took off. As the years went by, they went on to work on several tracks together including fan favorite “1 2 3,” an undeniably hard-hitting track that appeared on Bagg’s critically acclaimed album Time Served. The single went on to amass over 140 million streams globally, reach gold status and chart top 5 at Urban radio. With Code Red the pair continues to showcase their electric chemistry, “it felt like some 2pac and Biggie shit the whole time we were recording” Blac Youngsta shares while Bagg stated, “I knew this project was going to be hard, every time we link it’s pressure.” The thirteen-track project includes features from Yo Gotti, 42 Dugg, City Girls, DaBaby and more as well as a video for “Super Hot.”

Directed by GT Films (Lil Baby, Lil Yachty, Birdman) in “Super Hot” the duo matches their notable energy,“the video shows what you get from me and Bagg every time we do a song together it’s always something SUPER HOT,” says Youngsta. The Tahj Money produced track is a fiery, no-holds-barred banger about being the two being on an entirely different level of status, a level unreachable that the two have both achieved. Earlier this year Bagg told Billboard “every time we get together, it’s a movie” which is evident in the vibrant video filled with fancy bikes, beautiful women, and expensive jewelry. 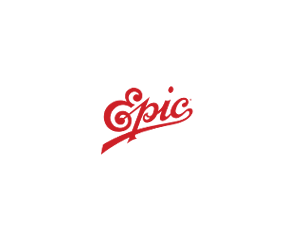 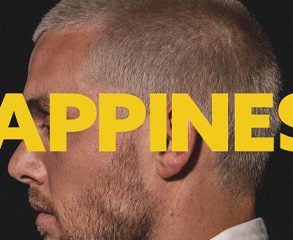 (September 11, 2020 – Los Angeles, CA) – Recently RIAA-certified platinum pop singer and songwriter John K is back with a brand new single “Happiness” today. Get it HERE via Epic Records. It also heralds the arrival of his forthcoming new project due out this fall.

This unpredictable and undeniable anthem showcases the scope of his sharp songwriting and dynamic voice. Spreading some light for the age of quarantine, the track builds from soft guitar-laden verses into a falsetto-spiked hook as he asks, “Happiness, where you been? Where you gone? Are you coming back?”

About “Happiness,” John commented, “I’m part of a group chat with friends in the music industry, and years ago, we started what we call ‘The Song Game’ where every week we pick a topic and each of us have to submit a new song. One week, the theme was ‘HAPPY’, and our friend (Jesse Fink) submitted the first verse and chorus of ‘Happiness.’ We all loved the concept and knew it was special, but ultimately decided it didn’t fit the direction the project was going at the time, so we shelved it. Fast forward two years later, the world shuts down, and there’s just a big question mark hanging over everybody’s head. Suddenly, it couldn’t be more relevant to personify happiness as a person you haven’t seen in a while. We wrote a second verse and finished the song, knowing we didn’t want to wait any longer to release it. I’m so proud of ‘Happiness’ and can’t wait for my fans to hear it.”

John’s breakthrough single “if we never met” just received a platinum certification from the RIAA garnering over 225 million streams and counting. Additionally, his 2020 track “6 Months” has eclipsed 22 million streams, while the official video premiered on tmrw Magazine who named the visual, “perfect for current times when we’re all longing to leave quarantine and see our loved ones again.”

Known for capturing the essence of an eternal summer, Florida native John K quietly cemented himself as an independent artist to watch in 2017 when he was handpicked as Elvis Duran’s “Artist of the Month,” allowing him to appear on the TODAY Show with a performance of his breakout single “OT.” Crediting his soulful vocals and effortless cool to influences ranging from Bill Withers and Donnie Hathaway to Jon Bellion, Ed Sheeran and Drake, he continued to make waves in 2019 by signing to Epic Records and releasing his if we never met EP, which landed him features with Billboard, Rolling Stone, Forbes and more. RIAA Platinum-certified single “if we never met” propelled him in into 2020, with a version featuring Kelsea Ballerini and a return to the TODAY Show to perform the song. Garnering over 225 million streams, “if we never met” was followed by the heartfelt single “6 months” where he continued to stake out coveted real estate on top Spotify, Apple Music and Amazon Music playlists. Now, John K returns with “Happiness” and prepares for the release of his highly anticipated project this Fall.