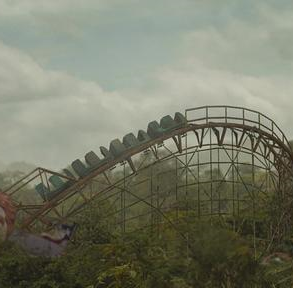 TRAVIS SCOTT SHARES NEW VIDEO FOR “YOSEMITE” IN MIDST OF “ASTROWORLD: WISH YOU WERE HERE” TOUR

TRAVIS SCOTT SHARES NEW VIDEO FOR “YOSEMITE” IN MIDST OF “ASTROWORLD: WISH YOU WERE HERE” TOUR 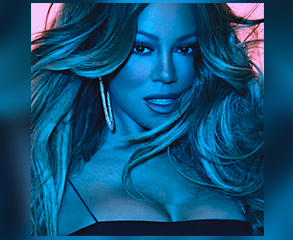 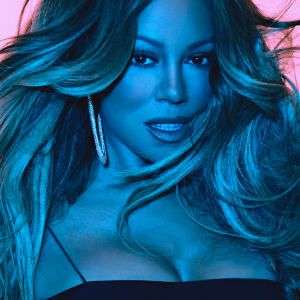 Over the past two months, the superstar teased out the impending release with a series of big and bold bangers kicked off by “GTFO” and followed by “With You” and “The Distance” [feat. Ty Dolla $ign]. The most recent single “A No No” sent the internet into a frenzy with its reinterpretation of Lil Kim’s “Crush On You” (remix) [feat. The Notorious B.I.G. & Lil Cease]. Rolling Stonepraised it as “another quintessential kiss-off.” To date, the tracks comprising Caution impressively generated over 25 million total streams and over 11 million total YouTube/VEVO views. The early success and buzz remain testaments to her enduring influence and undeniable presence.

The album flaunts some of Mariah’s most dynamic, diverse, and daring moments. She unites eras and genres on the groove of “Giving Me Life” [feat. Slick Rick & Blood Orange] completed by a wailing guitar lead. Meanwhile, “8th Grade” represents an emotional highpoint and moment of cinematic confessionalism on tape. Then, there’s the high energy bedroom jam “Stay Long Love You”[feat. Gunna] where Mariah and hip-hop’s hottest new contender lock into a hypnotic harmony. Everything culminates on the emotionally charged piano-driven “Portrait,” which illuminates her everlasting range.

However, the seductive title track offers up the perfect invitation to this opus as she confidently croons, “Proceed with caution.”

In order to celebrate Caution, Mariah hosts an innovative and immersive activation, “The Mariah Experience,” in New York beginning today through December 4 at Sony Square NYC [25 Madison Avenue]. Starting at 7:30pm, she will personally sign copies of the new record. Fans may can purchase it at Sony Square NYC as of 10am. While supplies last, purchase grants one first-come first-served wristband to access the signing. “The Mariah Experience” brings her world to life like never before. This Mariah Carey-themed experiential space boasts Instagrammable photo sets (bound to be highly “liked”), multimedia displays, memorabilia, a pop-up shop, and so much more. This marks a first for the trailblazing superstar and provides the perfect introduction to Caution.

Nearly three decades into her career, Mariah Carey continues to make history and deliver timeless popular music at a level never replicated by any other superstar. Ultimately, Caution represents a new level for Mariah and pop music at large.

Mariah Carey is the best-selling female artist of all time with more than 200 million albums sold to date and 18 Billboard Hot 100 #1 singles (17 self-penned), more than any solo artist in history. Mariah is a singer/songwriter/producer recognized with multiple Grammy Awards, numerous American Music Awards, Billboard’s “Artist of the Decade” Award, the World Music Award for “World’s Best-Selling Female Artist of the Millennium,” and BMI’s “Icon Award” for her outstanding achievements in songwriting, to name a few – with her distinct five-octave vocal range, prolific songwriting, and producing talent, Mariah is truly the template of the modern pop performance. Mariah’s ongoing impact has transcended the music industry to leave an indelible imprint upon the world at large.  She made her entry into the world of independent film with her landmark performance in “WiseGirls” starring alongside Academy Award winner Mira Sorvino and Melora Walters. In 2009, Mariah was recognized with the Breakthrough Performance Award at the Palm Spring International Film Festival for her critically acclaimed role in Lee Daniels’ “Precious.” Mariah went on to appear in Daniels’ stellar ensemble piece “The Butler” (2013). A Congressional Award recipient, Mariah has generously donated her time and energy to a range of philanthropic causes near to her heart including Save the Music, the Make-A-Wish Foundation, World Hunger Relief, and the Elton John AIDS Foundation, among many others. A tremendous supporter of children’ charities, both domestic and international, Mariah founded Camp Mariah in partnership with the Fresh Air Fund, a retreat for inner city children to explore career development.  Mariah is represented by Roc Nation, United Talent Agency and Imprint PR. 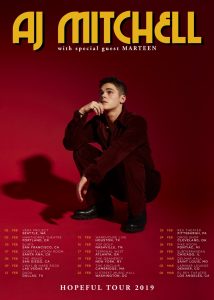 (November 16, 2018 — Los Angeles, CA) — As his star continues to rapidly rise, Illinois-born pop R&B singer and songwriter AJ Mitchell will embark on a North American headline tour this winter. The four-week jaunt kicks off February 2, 2019 at The Vera Project in Seattle, WA, rolls through major markets coast-to-coast, and comes to a close at El Rey Theater in Los Angeles, CA on March 1, 2019. Tickets can be purchased HERE!

Check out the full dates below!

With all of these accolades, a growing fan base, and instantly recognizable voice, AJ Mitchell has positioned himself for a massive 2019.

Hailing from Bellville, Illinois, AJ gravitated towards music at an early age, sharing his talent on social media with acclaimed short form videos and cover versions.  He initially posted videos to get feedback ‘from other people than my parents,’ he says, but at thirteen his following blossomed.  He moved to Los Angeles, CA, in 2016 to pursue a music career full-time, releasing the self-penned, bittersweet single “Used To Be” in 2017. Other songs followed, “Somebody,” and “Mind,” showcasing his multifaceted range and silky vocal style all his own.  With over 35 million streams under his belt and his Epic Records debut EP kicking off the next exciting chapter of his career, the music world is more than ‘hopeful’ that AJ Mitchell has staying power. 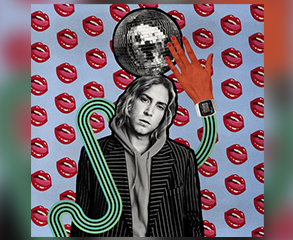 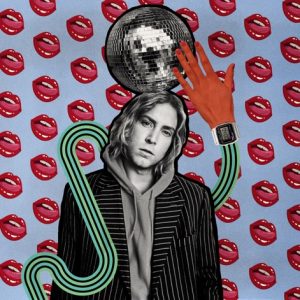 A bold, brazen, and boisterous anthem, it struts forward on a thick beat and hypnotic horns before his show-stopping delivery takes the spotlight. The chant, “Push up on me,” feels like the ultimate invitation to cut loose and party with the buzzing talent.

Watch out for the music video’s premiere very soon!

The song arrives on the heels of his Fatboy Slim-produced summer single “Strangers On An Island.” Within a few months’ time, it clocked 2 million-plus streams and 1.7 million views and counting. Additionally, it inspired the adoration of tastemakers. NME described it as “A gorgeous, laid-back slice of pop magic,” and Wonderland claimed, “You’ll be wanting to direct your attention to the surreal, but mesmerizing visuals for Brother Leo’s Strangers On An Island.”

Both songs precede the release of his forthcoming debut EP, coming very soon.

“Push Up” on Brother Leo now!

Named after Svensson’s more confident and free childhood imaginary twin, Brother Leo officially made his worldwide debut in 2018. The dynamic nature of the music aligns with his rather unbelievable story. Long before his emergence as Brother Leo, mom forced her son born Ola to participate in boys’ choir and take piano lessons when all he “really cared about was football.” At only 17, he played professional soccer for former UEFA-cup team Trelleborgs FF. After singing during a school function, friends clamored for him to audition for Pop Idol. Despite his reluctance, he ended up landing a deal in his native Sweden as a result. Unlocking a quirky, clever, and catchy signature style, Ola achieved a string of number ones off the back of his Swedish debut before making his bones as an in-demand songwriter with cuts for gnash, Hailee Steinfeld, Akon, and more under his given name. He assumed the identity of Brother Leo in 2018 and began writing and recording with Mark Ralph [Clean Bandit, Years & Years, Jax Jones], Coffee [Rihanna, Dua Lipa, Justin Bieber], Dan Grech [Lana Del Rey, Liam Gallagher, George Ezra], and more.